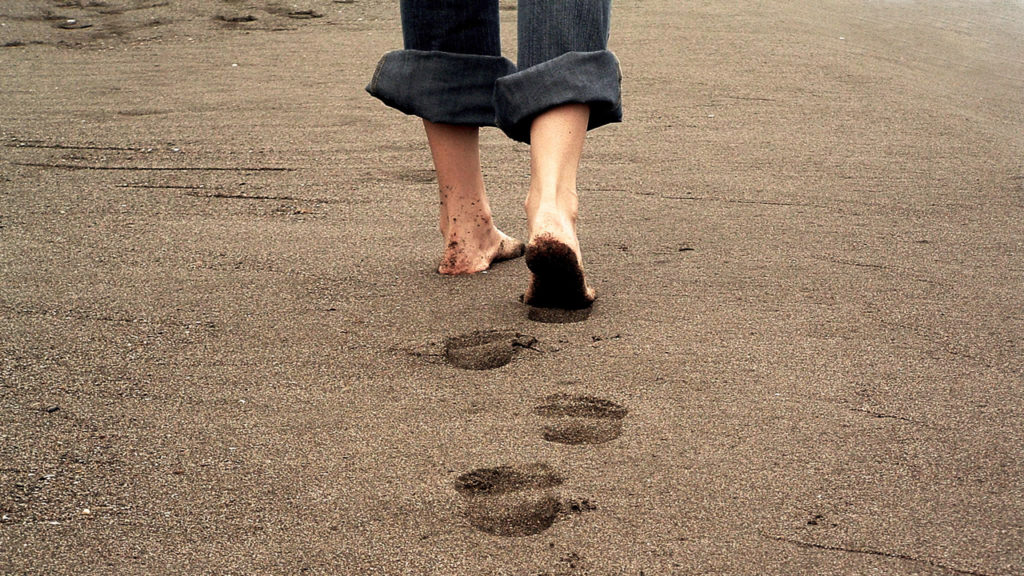 They're pretty basic, yet somehow we often manage to lose sight of them. So here are some reminders.

Editor’s Note: This piece was originally published in 2004.

Sometimes I think “Christian” is one of the most misused words in the English language, and people who call themselves Christians misuse it as badly as anyone else does.

Here in the South, nine out of 10 people you ask, “Are you a Christian?” almost instantly say yes. I did: I was 18, had a Christian mother, went to church, had a Bible, ate apple pie, believed in God, and was even vice-president of my Fellowship of Christian Athletes chapter. But was I a real follower of Jesus Christ? No way. I didn’t know a personal relationship with Jesus — the God of the universe — was even possible.

Another case in point: Larry is a friend of mine who shares his faith with strangers. Whether out of honest curiosity or defensive insecurity, the person will almost always come back with the question: “What religion are you?” Larry, of course, knows the person is really asking him what church or denomination he’s part of. But Larry loves to string them along by telling them his religion is … bass fishing.

Then he just waits for the confused look to spread across the person’s face. At that moment Larry adds, “Oh, you may have been asking me about my relationship. My religion is bass fishing, but my relationship is with Jesus.” He believes the Christian faith is not a religion at all, but a personal relationship with the living God; not just some structured ceremonial hoops to jump through each Sunday morning, but a moment-by-moment dynamic intimacy with the Savior of our soul.

We need to help all people — even true believers — understand that being a Christian is not just a title or label. It is something you are and something you do. You believe in Jesus, so you follow Jesus. Wherever He leads. This implies lordship. A.W. Tozer, the famed pastor and author from Chicago, stated it well when he said, “If Jesus is not Lord of all … He is not Lord at all!” So maybe a re-definition is in order. Could it be that a real Christian is someone who is truly following Jesus? Not in sinless perfection, of course (we’re all far from that), but overall living out of love for Him Who first loved us?

Yes, I’m involved with my church, campus ministry, helping other groups through my writing and speaking, etc. But what am I most involved in? One word. Jesus. I am into Jesus. No other tag, title or license comes close to competing. So don’t let the “extra stuff” that the American culture of spirituality promotes dominate you — the stuff many of us do (if truth be told) at least partly to show others or ourselves how pious we are. God in the flesh never tried to impress anyone by playing their religious games. Why should we? Give me the pure, unadulterated Gospel of Jesus Christ. No more. No less.

Jesus meant to make the complicated simple. He wanted to cut through all the rules and regulations to get to the relationship, purposely putting all the goodies down on the bottom shelf where anyone (whether they be fisherman or Pharisee, freshman or physics prof) could have the chance to understand and embrace Him. And His message? Two words:

After the resurrection, on a lonely beach one morning, Jesus described to Peter the kind of martyrdom he was to endure. When He finished, Jesus fixed His eyes on the disciple and simply said, “Follow Me!”(John 21:19). But instead of saying “Yes, Lord” and accepting his destiny, Peter threw his own private pity party, wondering aloud why he would have to suffer such a cruel death, while the other disciple, John, would not. But there was to be no debate that day. The Master’s final words recorded in John’s gospel were to Peter when He once again (with emphasis) commanded: “You follow Me!” (John 21:22).

Some may say that feels like being drafted into God’s army against your will, but in reality, it is an invitation to be a close friend and companion with the creator of the cosmos. Many so-called Christians strive to live religious lives out of the “ought to” rather than experiencing the freedom of following Christ out of the “want to.” You’ll want to go through this exercise of getting in touch with your own personal motivations, but besides the fact that God chose me (read Ephesians 1) here are six reasons (there are certainly more) why I choose to be a Christian (sorry — I meant “follower of Jesus”).

I’ve never done drugs, but I can tell you that the unconditional love of God is the greatest high there could ever be. Once you’ve had it you can’t get enough of it — and best of all (unlike drugs), it’s 100 percent real. To be able to truly say: “I like being with you — in your presence; it brings me pleasure” is just about the biggest compliment you can pay anyone. Being in a relationship with Jesus is a two-way street. He enjoys you, and He wants you to enjoy Him. Be still and drink deep from the delightful well of His endless love. There are some good addictions, and this is one of them.

I remember all too well what my life was like before Christ, and I don’t want to go back to the emptiness I saw in my own soul and others. Helping people see their desperate need for Christ is no easy task. In my ministry, we work hard at helping students see they’re lost before we can ever help them get saved. I believe the campus “hellion” can be a lot closer to the kingdom than the good moral person who deep down thinks they are good enough to get into heaven. Me? I was a desperate man who took desperate measures. The payoff? Jesus Christ transformed my life — forever.

I want to go to heaven to be with Jesus and my family forever. It’s obvious from the gospels that Jesus knew there is a literal heaven and hell. I’ll never forget the liberal philosophy professor who assured all the students that there was no hell and that everyone makes it to heaven. My “narrow-minded” pastor (i.e. believing in heaven and hell) quizzed him one day in a debate saying, “Prof, if you’re right and I’m wrong, then we’re all in good shape. But, if I’m right and you’re wrong — you’re in a heap of trouble!” Ultimately God gives us what we choose. If we choose to live a life separate from Christ on earth, that is what He will give us for all eternity.

4. I have a reason to wake up every morning.

As a high school senior, I remember waking up one morning thinking I must be the loneliest young man in all of America. Oh, I had the sports car, the girlfriend, the bachelor pad apartment with the TV/stereo and all my “groupie-like” friends. I worshipped football so much I slept with one each night cradled in my arms. But all the time, money and energies I was pouring into those pursuits did not give me the “kick” I was looking for. It wasn’t until I humbled myself, said no to the world, and yes to Christ, that I found a real, lasting reason to wake up each morning. My life is not a bed of roses all the time, but at least I know what my mission is each day: To know Christ and to make Him known.

I had no way of conquering the sin in my life. I tried and tried, but to no avail. I turned over so many leaves in my life I looked like Sherwood Forest! I realized I can’t change in my own power. A Christian hero of mine, Major Ian Thomas, used to pray, “Lord, I can’t — but then You never said I could. Lord, You can — but then You always said You would.” Give up. Surrender. Become a slave to Jesus, and He will set you free. Oh, I still struggle with sin, but the Holy Spirit inside me is now my helper to break the chains.

6. Truth is very difficult to run from.

I have studied the other religions of the world. None have a Jesus. None have a perfect God-man who died for our sins and rose from the dead. None have a salvation by grace through faith alone way to heaven. It is all by works. But how much is good enough? What about when you slip — do you lose your salvation? Other religions, cults and works-oriented “Christian” groups have taken the truth and twisted it. I don’t want to look back on my life and realize I based it on a lie. I ran from God and His truth long enough. Now, I’m running toward Him.

In the final analysis, the Christian life is not about me. It’s about God and bringing glory to Him. His job is not follow me around to fulfill my every wish. His desire is for me to set aside my own agenda for His. In fact, Jesus boils down our existence on this planet to two words:

Steve Shadrach lives in Conway, Ark., with his wife, five kids, two pets and six college students. Some of the students want to call their homestead across from the campus “The Compound;” Steve didn’t think that sounded too good. He works with the ministry of Student Mobilization.

PreviousCareer vs. Calling
Next6 Steps to Great Dating