Not every dead body becomes part of a crime scene. The outline tape and forensics team aren’t needed unless the death was a surprise. In that case we have to look for another cause: foul play, an accident, a self-inflicted wound.

Likewise, the great writer G.K. Chesterton once said, “All science…is a sublime detective story. Only it is not set to detect why a man is dead; but the darker secret of why he is alive.”

It’s really the ultimate question, isn’t it? Was our universe always here, the building blocks merely changing form, a random process leading to stars, planets, and eventually people? Or did something (Someone) from outside space, time and matter, create all that we see in space, time and matter?

Some of us have been taught that these are matters of faith. We’re to believe in God by faith. There’s some truth there; Hebrews 11:3 says that “by faith we understand that the universe was created by the word of God, so that what is seen was not made out of things that are visible.” “By faith” — because we can’t go back in time and see what happened.

But faith in the Bible is contrasted with sight, not with science. In fact, the more we know about science, the more it screams for the necessity of an intelligent outside agent. Science should give us confidence as Christians. Faith and science are not enemies, but friends.

In fact, this was once the common view.

From Isaac Newton to Richard Dawkins

Sir Isaac Newton (1642-1726) was a leading scientist in his day. He saw no contradiction between God and science. Ditto for Johannes Kepler, Robert Boyle, Michael Faraday and many other premier scientists who now have equations named after them. In the introduction to his “Mathematical Principles of Natural Philosophy” (1729), Newton wrote this about celestial bodies:

“But though these bodies may indeed persevere in their orbits by the mere laws of gravity, yet they could by no means have at first deriv’d the regular position of the orbits themselves from those laws…This most beautiful System of the Sun, Planets and Comets, could only proceed from the counsel and dominion of an intelligent and powerful Being.”

So what happened? How did we get from the idea that nature displays the wisdom of God to the notion that nature displays the absence of God? In “The Blind Watchmaker” and his other writings, famed atheist Richard Dawkins argued that nature reveals the illusion of design, but it’s really all come about by an unguided, directionless process. We are machines at the mercy of what our chemistry tells us to think, feel and do — nothing more.

To understand what happened, historian and scientist Dr. Stephen Meyer takes us back to the 19th century. There was a French astronomer named Pierre Laplace (1749 –1827). In his work “Celestial Mechanics,” Laplace offered a naturalistic explanation for the origin of the solar system — the very thing that Newton in the quote above said you could not do. Laplace is said to have told Napoleon that he had “no need of the God hypothesis.”

This approach extended into other branches of science, including biology, most famously in the work of Charles Darwin (1809 –1882). Darwin argued that natural selection could accomplish what others before said only God could do. Of course, Darwin had no idea how complex biological life really is — especially on the smallest scale, in individual cells or in the structure of DNA.

But the idea became dominant that matter, and the energy associated with matter, is the fundamental building block of reality. In this perspective, matter and energy hold the place of God. In the beginning were the particles. Those particles coalesced, grew in complexity, and eventually produced everything we see.

Which means matter and energy must be eternal. And that’s what many people thought. Until science itself told a different story.

Science says there had to be a beginning

In the 1920s, Edwin Hubble was working in the Palomar Observatory in California. He was studying spiral nebulae. The debate was whether these tiny clusters of lights were stars in, or near, our Milky Way galaxy, or whether they were themselves other galaxies. By examining the fluctuations in light from these clusters, Hubble was able to determine their distance. He found that they were much farther away than the edge of the Milky Way. The astronomy community was soon convinced that the universe was filled with a vast array of galaxies.

But Hubble soon discovered another curious fact. The galaxies seemed to be moving away from the earth. Hubble saw that the light returning from the galaxies was shifting to lower frequencies — the same way the pitch of a firetruck’s siren gets lower as it drives away from you. By the mid-1930s it was widely accepted that this shift (known as cosmological redshift) was proof that these far-away galaxies are receding from the earth. Which means the universe is expanding.

Now apply the logic in reverse. If the universe is expanding, that means it used to be smaller. An expanding universe implies a finite universe: a universe that must have a beginning.

Albert Einstein had come to the same conclusion while developing a theory of how gravity relates to space and time. Einstein’s theory also suggested a finite, expanding universe. But Einstein balked. He assumed the universe had to be static and eternal — so he added a “cosmological constant” to his equations which exactly counteracted the expansion.

Well, Hubble would not be put off with a “constant,” even one developed by Einstein. Hubble invited Einstein to the Palomar Observatory to see the redshift data. Einstein was convinced, later calling the “cosmological constant” the greatest blunder of his career.

Over the next few decades the case for materialism grew even shakier. Stephen Hawking, the famous physicist featured in the 2014 movie “The Theory of Everything,” teamed up with a buddy to solve the equations that came out of Einstein’s theory. Here’s what they found: At the beginning of time, right before everything started expanding, matter had to be all bunched up. Very dense. In fact, if you go all the way back, it had to be infinitely dense, occupying zero volume.

So first we have the discovery that the universe is expanding, meaning it had a beginning in time. Then we learned that the universe came from zero volume. One moment, there’s nothing. The next moment, there’s everything. And it literally came from nowhere. That’s beginning to look a lot like creation ex nihilo. Which requires a transcendent cause — what theists call God.

In Colossians 1:17 we read that “in him [Jesus] all things hold together.” In Hebrews 1:3 we read of Jesus that “he upholds the universe by the word of his power.” The more we know about the physical universe, the more it points to the sustaining power and influence of God.

It turns out the universe is exquisitely “fine-tuned” for life to be sustainable. To a ridiculous degree. Take, for example, this universal expansion we’ve been talking about. Calculations show if it were happening an infinitesimal amount slower, the gravitational attraction between all masses would cause everything to collapse. And if it were happening even a little faster? We’d rip apart.

The gravitational force constant, the speed of light, the ratio of the masses for protons and electrons, the slight excess mass of neutrons over protons — all of these figures and others are exactly right for complex life to be possible. Stephen Hawking said: “The remarkable fact is that the values of these numbers [the constants of physics] seem to have been very finely adjusted to make possible the development of life.” (“A Brief History of Time,” p. 129)

Sir Fred Hoyle, an English astronomer who died in 2001, put it this way: “A common sense interpretation of the facts suggests that a super intellect has monkeyed with physics, as well as with chemistry and biology, and that there are no blind forces worth speaking about in nature.”

We can see this more locally, too. For example, our planet has steady plate tectonics with the right kind of interior. We have a carbon cycle and a magnetic field that protects us from harmful solar effects. The moon rotates on its axis and stabilizes the earth’s tilt, which gives us our seasons.

What about recent discoveries in biology? Powerful microscopes available only in the past few decades are revealing that our cells are filled with microscopic molecular machines programmed with uncanny intelligence and “irreducible complexity”—interacting parts that contribute to a basic function, but in a way that if any one part were to be removed, the whole thing stops working. Microsoft founder and computer whiz Bill Gates compared DNA to a computer program, but “far, far more advanced than any software ever created.” Charles Darwin couldn’t have known any of this when he blithely speculated on the supposed powers of natural selection.

When that came out, a few Darwinists got really upset. They thought the “more than 80 percent” figure was too high. After all, an unguided evolutionary process would suggest that large amounts of our DNA code would be meaningless. But if an intelligent Agent was at work, then additional study would reveal function where we first saw only gibberish.

If science is detective work, the clues are adding up to evidence beyond a reasonable doubt. The scientific data increasingly screams for the existence of a God who spoke creation into existence ex nihilo, out of nothing. The more we know about the physical universe, the more it points to an Intelligent Designer — one who created it and sustains it by the word of His power. We have nothing to fear from the study of science; more discovery will only lead to greater proof of God’s infinite wisdom.

This should make us confident in speaking with those who doubt Christianity is scientific. When Carl Sagan said, “The Cosmos is all that is, or was, or ever will be,” that’s not science — it’s philosophy. Sagan was revealing a worldview commitment. Modern atheists like Bill Nye and Richard Dawkins do the same thing. Science tells us a different story. God’s eternal power can be “clearly perceived…in the things that have been made” (Romans 1:18-20). Especially when we study them in detail.

So don’t fear the detractors. Science is increasingly on faith’s side. Let’s encourage Christians to be excellent in both. “Great are the works of the LORD, studied by all who delight in them” (Psalm 111:2). 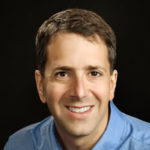