4 Things Every Boyfriend Really Needs From His Girlfriend 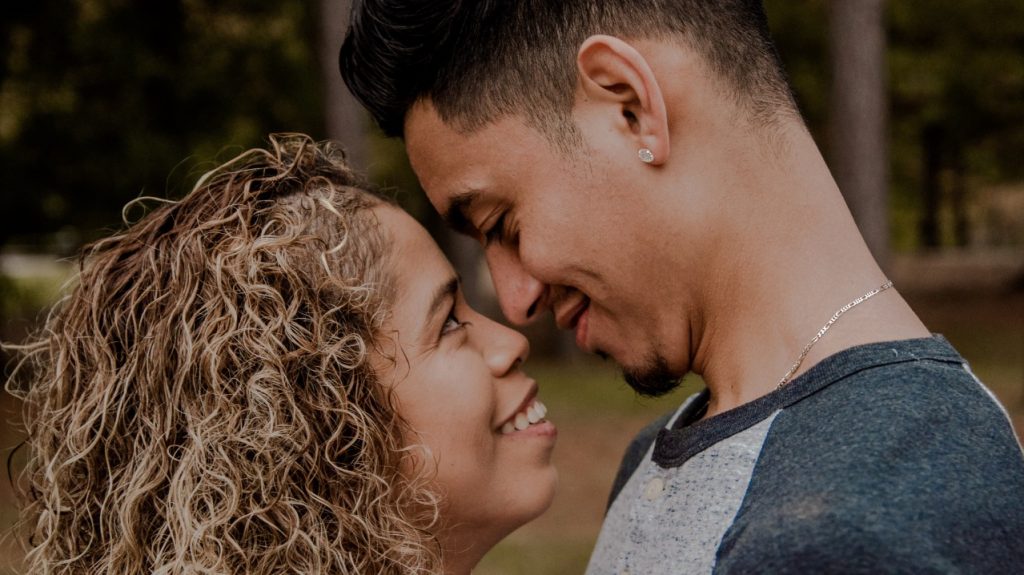 Ever wondered how you could be a better girlfriend?

If you knew your boyfriend had hidden needs, would you want to help with those needs? Most girlfriends would say, “Yes!” However, most boyfriends will probably not blatantly tell you these needs, even though you need to know them.

His needs are probably different from what you would expect, too. You might think he needs you to love football and chicken wings, look like a supermodel, and spend every waking moment with him. But are those his true needs?

I once was a boyfriend. My wife, Erica, and I dated for five years through college (and now have been married for eight years). While we dated, we wanted to meet each other’s needs while at the same time fight to maintain a relationship that honored God. Let’s just say that the struggle to understand each other’s needs was real.

A lot of times men’s and women’s needs can seem like a foreign language to one another, and trying to understand each other can cause frustration. Over the course of Erica’s and my dating season, we started to discover what our true needs were. And now as we have helped to disciple young Christian couples over the past six years, we’ve seen some consistent trends in the needs of boyfriends and girlfriends.

A baseline for a healthy relationship is that your boyfriend needs you to love God more than you love him. But beyond this, your boyfriend has other needs that add value to him, and in turn, to your relationship. So, ladies, let me give you a glance into your boyfriend’s heart and mind. Here are four things every boyfriend really needs from his girlfriend.

Inside every man’s heart is a longing for the answer to this question: “Do I have what it takes?” Now ultimately, your boyfriend receives this confirmation from his heavenly Father (and sometimes from his earthly father), but as his girlfriend, you can help instill the confidence he needs to be the man God has called him to be.

Your boyfriend doesn’t need you to try to get his attention; he needs your respect and encouragement. In Genesis 2:18 we see that Adam needed a helper, so your role of encourager in his life is essential.

Ladies, you might wonder, What does my boyfriend want to do for fun? That’s an important question, as all lasting relationships have to have an element of fun. And your definition of fun could be totally different from your boyfriend’s definition. Here’s a little secret where you can’t go wrong with men. It’s one word: adventure!

Your boyfriend has a longing to explore, fight, conquer, and be wild and free. This is what is “fun” for him. He wants his girlfriend (and hopefully someday spouse) to be his companion on this wild adventure called life.

3. He Needs Her to Understand His Purity Struggle (Support)

God wired men to be visually stimulated which is why lust is such a big issue. It’s good to realize that lustful images bombard your boyfriend on a daily basis, whether it’s via social media, the Internet, or a TV commercial. It is also healthy for you to know that most guys — Christian or non-Christian — have been exposed to pornography in their past. Or maybe your boyfriend had previous sexual experiences prior to dating you. Wherever your boyfriend is at, he needs you to understand that his fight for purity is a struggle.

Now, he should primarily seek support and encouragement from other guys and accountability partners. But he needs to know you’re in his corner and that you desire to see him continue to grow in victory.

Too many girlfriends become another voice of condemnation that cripples their boyfriend’s hope of ever achieving victory in their purity battle. This could be in the form of disgust, yelling at him, or a long period of the silent treatment. If your boyfriend senses your support, he is more likely to have confidence and the drive to keep fighting for purity.

Alright, I know this one might sound confusing. Usually when a girlfriend hears the word “space,” she immediately thinks the relationship is in jeopardy. However, that is not always the case and is not what I’m referring to.

Space doesn’t mean that he doesn’t care about you, but instead, space is a necessary boundary for him to have a healthy perspective on the relationship. He needs a good balance of alone time to process his thoughts and feelings.

Guys aren’t usually as quick to communicate what’s going on in their hearts compared to girls. Allow your boyfriend a little extra breathing room when it comes to the heart stuff, and you’ll be surprised what he shares with you.

Your boyfriend also needs to know that his relationships outside of your dating relationship are going to be OK. Just as much as he loves you, your boyfriend really values brotherhood and those tight-knit guy friendships (just like “girl time” refreshes you). So allowing him to kick it with the guys every now and then adds great value to your boyfriend. These relationships sharpen your boyfriend and challenge him to be a man of God, which in turn, benefits your relationship.

Whether you’re in a dating relationship or desire to be in one someday, it’s important to know what your boyfriend really needs: a No. 1 fan, adventure, understanding and support with purity, and a little bit of space every now and then.

Your role in your boyfriend’s life is important. So now that you are in the know, here’s to being the best girlfriend ever!