A Brief History of Courtship and Dating in America, Part 1 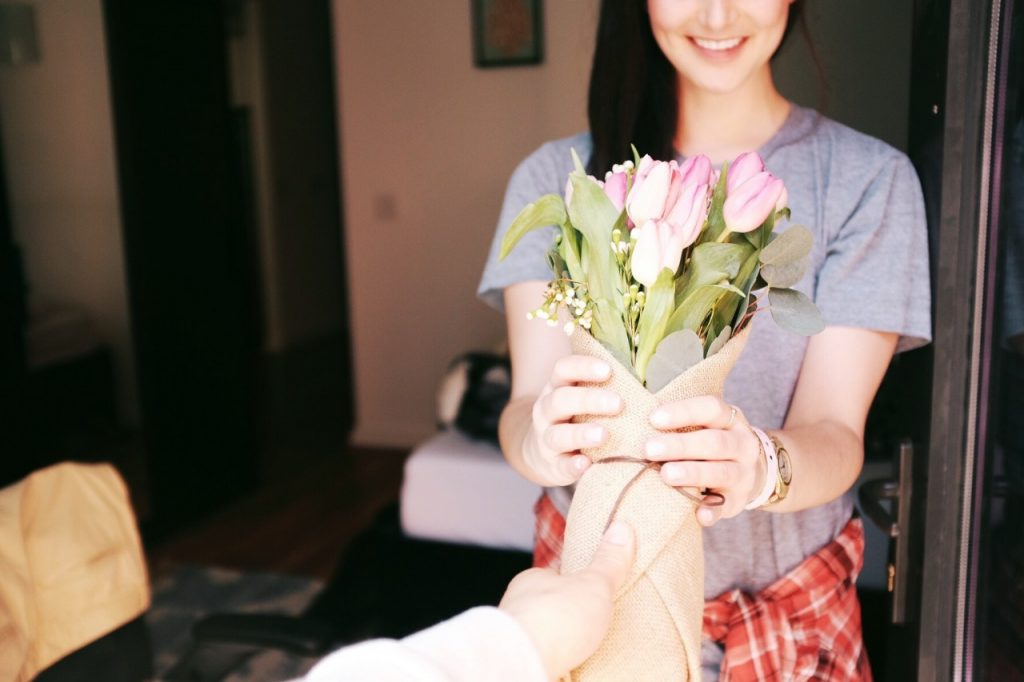 Confused by the dating scene? It might help to see where it came from.

Whenever possible, I love to use the word courtship in everyday conversation with young and old alike.

It’s one of those words with which most people are familiar, but have vastly differing opinions of what it means. For many, courtship is an old-fashioned word. It summons visions of men wooing women with small tokens of affection and asking their hand in marriage on bended knee. For social scientists, studies of courtship usually look at the process of “mate selection.” (Social scientists, among whom I number myself from time to time, will never be accused of being romantics.)

For the purpose of this article the preparation for and proposal of marriage is what makes the act qualify as courtship.

As cultural historians Alan Carlson and Beth Bailey put it in the Mars Hill Audio Report, Wandering Toward the Altar: The Decline of American Courtship, prior to the early 20th century, courtship involved one man and one woman spending intentional time together to get to know each other with the expressed purpose of evaluating the other as a potential husband or wife. The man and the woman usually were members of the same community, and the courting usually was done in the woman’s home in the presence (and under the watchful eye) of her family, most often Mom and brothers.

However, between the late 1800s and the first few decades of the 1900s the new system of “dating” added new stages to courtship. One of the most obvious changes was that it multiplied the number of partners (from serious to casual) an individual was likely to have before marriage.

So one important point to understand right up front (and about which many inside and outside the church are confused) is that we have not moved from a courtship system to a dating system, but instead, we have added a dating system into our courtship system. Since most young adults will marry, the process employed in finding a husband and wife is still considered courtship. However, an extra layer, what we call “dating,” has been added to the process of courting. If you are familiar with computer programming terminology, you can liken dating to a sub-routine that has been added to the system of courtship.

Over the course of this two-part article, I would like to trace how this change occurred, especially concentrating on the origin of this dating “subroutine.” Let me begin by briefly suggesting four cultural forces that assisted in moving mate selection from, as Alan Carlson puts it, the more predictable cultural script that existed for several centuries, to the multi-layered system and (I think most would agree) the more ambiguous courtship system that includes “the date.”

The first, and probably most important change we find in courtship practices in the West occurred in the early 20th century when courtship moved from public acts conducted in private spaces (for instance, the family porch or parlor) to private or individual acts conducted in public spaces, located primarily in the entertainment world, as Beth Bailey argues in her book, From Front Porch to Back Seat: Courtship in Twentieth Century America. Bailey observes that by the 1930s and ’40s, with the advent of the “date” (which we will look at more fully in the next installment) courtship increasingly took place in public spaces such as movie theaters and dance halls, removed by distance and by anonymity from the sheltering and controlling contexts of the home and local community. Keeping company in the family parlor was replaced by dining and dancing, movies, and “parking.”

A second cultural force that influenced the older courtship system was the rise of “public advice” literature as well as the rise of an “expert” class of advisers — psychologists, sociologists, statisticians, etc. At the same time that the public entertainment culture was on the rise in the early 20th century, a proliferation of magazine articles and books began offering advice about courtship, marriage and the relationship between the sexes.

As Ken Myers says in Wandering Toward the Altar, from the late 1930s on, young people knew, down to the percentage point, what their peers throughout the country thought and did. They knew what was “normal.” Prior to the 20th century, “normal” was determined within families and local communities, but now a “higher authority,” with wide-spread circulation and readership, began to form a national consciousness.

Thirdly, we see a change in sexual norms in the West. With the onset of the sexual revolution the question arose, “Why would a man court and woo a woman when he could gain a chief benefit of marriage, namely sexual gratification, for free with no commitment?” (Friendship “with benefits” is a contemporary example.)

Closely related to this is the invention of birth control. There is too much that could be said here, so I’ll be brief. Simply put, with the onset of the widespread use of chemical and other means of birth control, the language of procreation — of having children — was separated from the language of marriage. As U. of Chicago ethicist Leon Kass argues in his chapter on courtship in Building a Healthy Culture: Strategies for an American Renaissance, under the old system of courtship, marriage and bringing a child into the world were inextricably linked. But no longer. With the ever decreasing risk of pregnancy, having sex and being married were no longer tied together.

Fourthly, we find a change in the models and metaphors used to describe the home and family. Prior to the 20th century, when we talked about courtship we used language and metaphors of home and family: “He’d be a good father,” “They could have such a happy home together,” etc.

The new system of courtship that played itself out in the entertainment culture and public square largely was understood and described by the advice and “expert” class with metaphors taken from modern industrial capitalism. It’s as if those who wrote and commented on male-female relationship had stopped reading the Song of Solomon and Jane Austen in favor of Adam Smith, Karl Marx and John Maynard Keynes.

The new courtship system gave importance to competition (and worried about how to control it); it valued consumption; it presented an economic model of scarcity and abundance of men and women as a guide to personal affairs — There aren’t that many good men left, so you better get one while the gettin’ is good!

This new language of courtship had great symbolic importance and continues to shape the way we think, speak and act concerning relationships to this day. Have you ever known a girl who went out with a guy who was a complete dolt but who could help her get ahead socially? (And not to pick on women, it just as easily happens in reverse.) Those decisions are based more on economic theory of the 19th and 20th centuries than on any sort of biblical notion of desire for the opposite sex.

So these are four important cultural forces in the early part of the 20th century that assisted in moving our culture from the older courtship system that existed prior to the late 19th century, to a courtship system that includes “dating,” which, I will argue in the next article, is much more ambiguous and confusing. I will also talk about dating itself (including the origination of the word date), and how it has changed over time.

Part 2: A Brief History of Courtship and Dating in America »

Skip Burzumato is the rector of St. Andrew’s Reformed Episcopal Church in Savannah, Ga. He has been in ministry for 16 years, serving in the inner-city of Memphis, Tenn., and as a youth, college, and singles pastor in various churches. He earned degrees from University of Memphis (B.A., M.A.) and Reformed Theological Seminary. Before entering the ministry, he served in the U.S. Navy and is also a trained musician, having worked as a recording engineer in Memphis, Tenn. Skip has been married to his wife, Stacey, since 1986. They have four children: Bradley, Gracie, Nicholas and Elizabeth; and one dog, Mazer.

PreviousMortgage Free … How Can That Be? Part 1
NextA Brief History of Courtship and Dating in America, Part 2