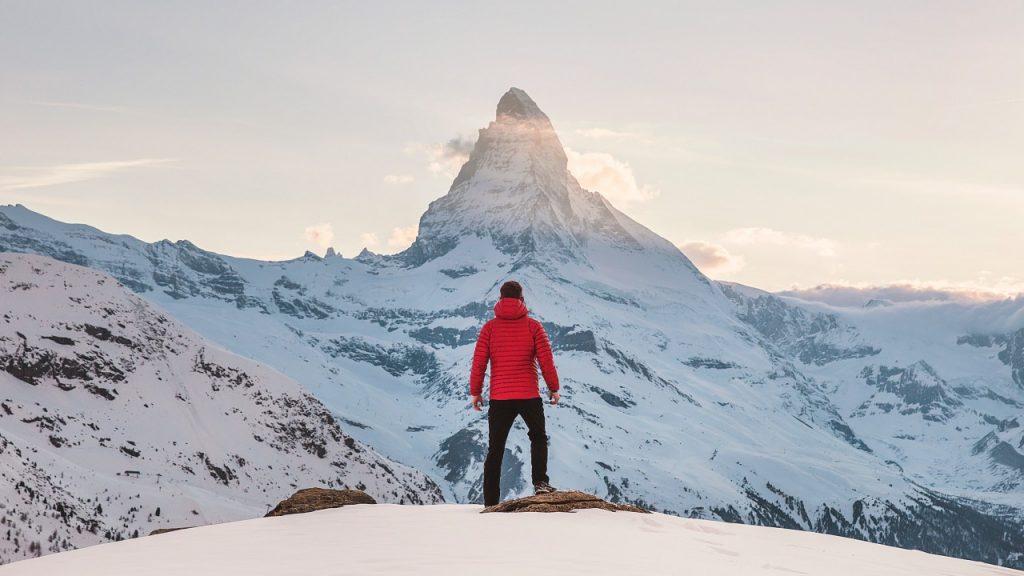 It’s true you can’t choose when you’ll be born. But you can determine how you’ll live. And how you’ll respond to the unexpected.

I graduated from high school in 1961. Among the first of the post war generation — baby boomers —we dreamt of college with no fear that an admissions officer would, or could, turn us down. We were on the winning side of history, after all. Our SAT scores were the highest ever. Opportunity and ambition gripped us.

Born to good times, we were prepared for success — but got Vietnam. What are you prepared for? What will you get?

Many disparage your generation, lumping you together in a not- too-complementary stereotype: slackers without ambition and vision. It’s true you can’t choose when you’ll be born. But you can determine how you’ll live. And how you’ll respond to the unexpected. History loves to throw curve balls.

One ear to the ground, I hear the vibrations of trouble. The details are still unclear. But they’re coming. They always do. So what do you do? How can you prepare? The answer, contrary to popular opinion, is not to buy land in Wyoming or convert your assets to gold. But to dream. Dreams are lived out in the context of history where anything goes — and is likely to happen. Keeping a sharp sense of history and living with risk will help you to anticipate the unexpected and live aggressively.

Words like “depression” and “war” seem unreal in the ’90s. But from the looks of things, coping with hard times may be your destiny after all. I’ve studied history enough to see the cycles. Wars will occur. This isn’t a doomsday prediction but a challenge to study the past and be politically alert. Vote. Support responsible defense preparations and diplomacy. Though the short term portends volatile markets and employment slumps, don’t lose heart. Develop marketable skills, live within your means, stay out of debt, and work hard to earn a good resume and reputation.

Paul exhorted Timothy, saying, “study to show thyself approved unto God, a workman that needeth not to be ashamed” (2 Timothy 2:15, KJV). Similarly, this is your season to study and learn; to be obedient and prepare for leadership. Your time is coming. Soon, the American public will look for leaders they can trust. Holding steady as citizens adds to the stability and health of democratic politics.

Large-scale troubles are more common in history than prosperity and peace. Preparing for them seems reasonable to me. In Luke 12:35-56, Jesus warned against apocalyptic illusions, calling instead for an alert and responsible way of life, truly sensitive to the times. Prudence dictates a middle course, neither blind to history nor afraid to take the risks that help make dreams come true.

To survive, dreams must seek shelter in hard times. It seems the current trend is to hunker down, get a degree, secure a job, avoid the military, put money away, buy a house and live together. As prudent as this sounds with the risk of unemployment, debt, war, and divorce, it’s a plan built on fear. The best shelter is to obey God and take reasonable risks in a highly motivating context.

My dad did this. A missionary evangelist, he took his wife and two daughters to Indonesia in 1939, to minister to primitive tribes in the island of Sumatra. Not deterred by wars or rumors of wars in Europe and Asia, or by domestic economic turmoil at home (a depression was raging), he forged ahead in unlikely times to reach the lost. Their risks were real. After Pearl Harbor and the out-break of war with Japan, my parents and sisters escaped on the last ship out of Indonesia.

Undeterred by current events, my father then traveled to China — right in the middle of a civil war. In 1949, he brought the whole family to Shanghai, a mere six months before the communist victory. Once again we were refugees, this time moving to Japan for three years. Later we lived in Hong Kong where my father continued his ministry. Defying the march of history, he pastored the only church in Afghanistan just before the series of wars began.

My parents were realistic in one sense — fleeing twice to escape imprisonment and death — but wildly opportunistic in another — refusing to let current events dictate their future or steal their dreams. They made great things happen despite miserable circumstances. And so can you.

Before retiring, Hubert Morken, Ph.D. taught public policy and changed lives at Regent University’s School of Government in Virginia Beach, Va. He lives in Park City, Utah, with his wife, Mary. He spends his time with his dozen grandchildren, climbing, skiing and traveling extensively.