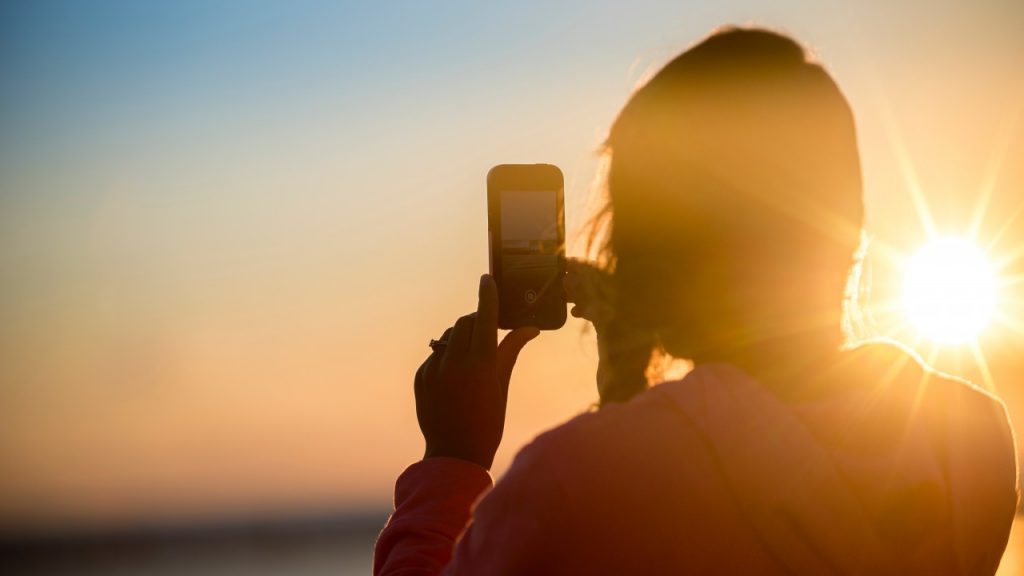 If the addictive nature of digital media frustrates you, don’t worry. There's a growing community of people leading an "attention revolution."

Steve Jobs had a reputation for correcting journalists when they misrepresented his Apple products. New York Times writer Nick Bilton was on the receiving end of such a call in late 2010, shortly after the release of the first iPad. Toward the end of their conversation he asked Jobs, “So, your kids must love the iPad?” Jobs’ response was a surprise. “They haven’t used it. We limit how much technology our kids use at home.”

Several months ago I became increasingly concerned about my own tech habits. My phone was always within reach and I caught myself compulsively picking it up and carrying it with me into every room of the house. Playtime with my daughter or dinnertime as a family was always interrupted by a glowing rectangle demanding someone’s attention. In that season, I discovered a growing community — a revolution — embracing digital minimalism.

The Soul in Cyberspace

Over two decades ago, the Christian philosopher Douglas Groothuis observed that technology was on a trajectory to threaten two fundamental facets of human life: embodied interactions and mindful presence in everyday life. In “The Soul in Cyberspace” Groothuis wrote, “The compulsive search for diversion is often an attempt to escape the wretchedness of life. We have great difficulty being quiet in our rooms… Cyberspace may be the greatest temptation yet offered to humanity to lose its soul in diversion.”

Since Groothuis wrote those words, the evolution of our digital devices and the emergence of social media has only continued to advance at a dizzying pace. According to a 2016 report by The Nielsen Company, 97% of adults ages 18-34 had access to a smartphone. These pocket-sized super computers promise us constant “connection,” endless entertainment, and access to all the information that the internet can offer.

The reality is that we are overwhelmed by information but are poor in knowledge and wisdom. The virtual connections of social media and text messaging are increasingly replacing face-to-face interaction, and they are making their users have more difficulty finding real, embodied community. The social media cyber-worlds of carefully edited and curated content make “socializing” so much easier — why bother with the effort and awkwardness often required in real-life conversation?

In 1985’s “Amusing Ourselves to Death,” Neil Postman argued that our society is being made sick by never-ending opportunities to distract ourselves. He compared the dystopian visions of what western society could become offered by George Orwell in “1984” and Aldous Huxley in “Brave New World.”

Adam Alter, associate professor at New York University, has written on the psychology of digital use and warned that Huxley and Postman were right. In his book “Irresistible: The Rise of Addictive Technology and the Business of Keeping Us Hooked,” Alter explores the addictive nature of digital platforms and how they have been designed to keep our attention for as long as possible.

For example, the apps and platforms we use have been designed to eliminate any stopping cues. When you read a book, there are natural stopping cues every time you complete a chapter. Previous generations had a stopping cue every time they finished an episode of their favorite TV show since the next episode would not be aired for another week. But Facebook, Twitter and Instagram have been engineered to feature “infinite scroll.” You can theoretically browse and browse and browse with no stopping point. Streaming services such as Netflix, Hulu, Amazon Prime and YouTube all default to automatically begin the next video within a few seconds of the previous video’s end. Without that stopping cue, you are more likely to watch for hours.

These platforms are also designed to keep you coming back. In “Digital Minimalism,” Cal Newport wrote about the power of “intermittent positive reinforcement” used in notifications on different social media platforms. When you open the app you might find a dozen notifications; however, the next time you open it there may only be one — or none. This unpredictability fosters greater compulsive checking than a predictable pattern. This feature is no coincidence. Like a slot machine, the apps are designed with algorithms to utilize intermittent positive reinforcement.

For example, in a season when I intentionally opened the Facebook app less often, I began to notice that I received far more notifications than usual. They wanted me to keep pulling the lever. They wanted me hooked on their product. As Newport wrote, “The tycoons of social media have to stop pretending that they’re friendly nerd gods building a better world and admit they’re just tobacco farmers in T-shirts selling an addictive product to children. Because, let’s face it, checking your ’likes’ is the new smoking.”

If the addictive nature of digital media frustrates you, don’t worry; there is good news. First, you are not alone. There’s a growing community of people leading an “attention revolution.” We are reclaiming our work and leisure — our lives — from the tyranny of technology. Second, you have many options of practical “detoxing” strategies to implement in your life. For the remainder of this article, I’ll share several of the best.

Groothuis lamented technology’s tendency to rob us of the ability to sit quietly in a room. In moments of contemplation, our soul reveals itself to us. The anxieties, hurts and existential fears that we carry manifest in the mind. Sometimes you might be surprised by the darkness of your own thoughts. Other times, sitting quietly alone makes it all too apparent how limited and insufficient we are. Therefore, we turn to Netflix and YouTube to numb and distract ourselves. Our productivity apps promise us limitless capacity to get things done. Social media tells us that we are always connected, always being thought of by someone else, and always “in the know.”

Christians ought to be wary of these false promises. We know that we have been created by God for community, but we’re also limited beings who cannot be everywhere at once and in constant connection with everyone. God intends for us to work, but He also intends for us to rest. The promises of more and more productivity appeal to our deep desires to break free from our limited capacities and to “be like God” (Genesis 3:5).

In other words, your fight for freedom from technology will only be minimally effective if it merely goes “skin deep.” Your strategy must begin with an acknowledgement that what you gaze upon will shape your soul and mold you into its image. Christians implementing digital minimalism start with this commitment: My soul will behold Jesus Christ rather than the shallow images offered to me by technology (2 Corinthians 3:18; Hebrews 12:1-2). You will only break free from the pull of digital devices when you have something better to give your attention to (more on that below).

According to Cal Newport, digital minimalism is a “philosophy of technology use in which you focus your online time on a small number of carefully selected and optimized activities that strongly support things you value, and then happily miss out on everything else.”

How many apps do you have on your phone? Why do you have so many? The power of a “philosophy of technology use” is that it prevents your life from becoming cluttered by dozens (or hundreds) of social media accounts, apps, services and devices that don’t actually improve your life. The first step to designing your personal philosophy is to do a digital detox.

Do a “digital detox”

You won’t break your tech habits by simply turning off notifications. Drastic measures are necessary for achieving freedom, and that is where the digital detox comes in. The digital detox is a 30-day break from optional technologies to rediscover and explore activities that make your life more meaningful and satisfying.

First, you will need to figure out what apps and devices are “optional” for you. Ask yourself, do I really need this? If the answer is yes, then keep it. If the answer is no, then delete it and forget about it for the next thirty days.

At the end of the detox, you can slowly reintroduce the optional tech back into your life. However, you will only allow those apps that add real value to your life. Along with being highly intentional about which apps you allow, you must also have a why and how for it. You must confirm that this digital tool will support something you actually value and not merely add more clutter to your life. That’s the why. Then for the how, you self-impose a simple plan for how to use that tool so that it remains in its proper place.

One of the best strategies I’ve found is to replace the time that was once dominated by social media or Netflix with meaningful activities. A meaningful activity is going to be one that engages multiple senses and requires acquiring or building some skill. Easy tech doesn’t require any skill or effort from us, thus it’s also low in rewards. On the other hand, hobbies that demand some time, skill or effort are far more meaningful and satisfying.

You should have at least one 24-hour period each week where you take a “tech sabbath.” Don’t get on social media or YouTube. Fill that time with activities where you can leave your phone behind.

Once you can implement that once a week, do it in smaller periods each day. For example, make your meal times phone-free. My prediction is that after practicing this a few times you’ll be eager for the next tech break.

The good news is that your soul can be freed from tech’s pull. Your life can be de-cluttered from the junk of social media and you can be free to pursue life, work and love in a far more meaningful and satisfying way. Implement digital minimalism in your life and rediscover how good it can be.