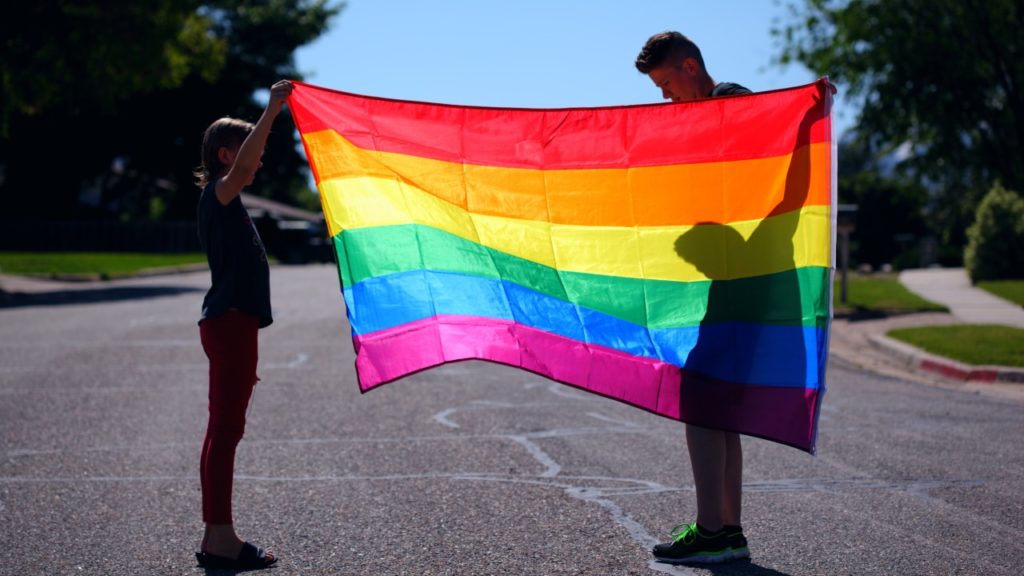 Growing up gay in Dallas, Texas in the 1980s was no walk in the park. The world around me explicitly opposed that “lifestyle.” My Roman Catholic family, my peers at my Jesuit high school, and society at large were more or less in agreement that homosexual behavior was wrong. The majority of folks, especially those in my sphere, were just plain disgusted by the idea of it. Needless to say, I kept the closet door locked and threw away the key.

But my first experience at a gay pride parade when I was 16 began to unlock that closet door. I finally found a world where I felt fully accepted. A world where my secret desires didn’t seem abnormal. A world that promised unadulterated freedom. At these events, homosexual behavior was not only accepted, it was celebrated. In fact, the concept of “homosexual behavior” was all but out of fashion as the more potent idea of “gay identity” emerged. Gone were the days of homosexuality being some kind of illicit or deviant sexual behavior. A new day was dawning where I could be proud of not only my behavior, but also — and more importantly — my identity. And what better way to celebrate this new reality than with an extravagantly baroque parade replete with rainbow flags? It all signified a kind of revolution — a revolution that would become more powerful and consequential than the sexual revolution of the 1960s.

The shot heard ‘round the world, as it were, took place on June 28, 1969 in New York City’s Greenwich Village at a gay bar called the Stonewall Inn. In the early morning hours, police officers raided the bar and arrested patrons under the pretense of the bar serving alcohol without a liquor license. The reality was that New York wanted to get rid of gay bars altogether, so used any means necessary to do so. That fateful raid sparked a series of riots the following nights which ultimately enabled the gay community to coalesce into a powerful political force. On June 28, 1970, the first gay pride marches took place in New York, Los Angeles, Chicago and San Francisco. Today many Americans celebrate June as Pride Month in commemoration of these events.

When I first experimented with my sexuality in high school, I felt deep shame each time. I remember these experiences distinctly. It would take days before the shame would subside, but as with any sin, the more you engage with it, the more calloused your heart becomes. By the time I moved to Los Angeles after college, my heart was almost fully hardened. Shame and guilt were finally vanquished from my mind — or so I thought.

No matter how hard we try to cover the shame, I believe vestiges of it remain deep inside our souls. I think I always had a sense of shame about my identity and behavior as a gay man, though you would never know it by the considerable number of boyfriends I cycled through, the gay bars I frequented, and the pride parades I attended each year in L.A., New York and San Francisco.

Then 10 years ago, I had a radical encounter with Jesus that changed everything. Up to that point, I was a practical atheist. Strangers at a coffee shop invited me to their evangelical church in Hollywood, and against my better judgment, I went. That day, I was radically transformed by the gospel. There’s no other way to describe it but as supernatural. The love of God overwhelmed my being. I knew immediately that homosexual behavior was a sin and that I’d have to give it up. But that didn’t deter me because I had just met the King of the universe, Jesus, and felt tangibly and practically compelled to leave that life behind, take up my cross and follow Him. My life has never been the same. Ten years later, being single and celibate is still worth it.

The gospel, in contrast, delivers. It delivers freedom from shame instead of endless cycles of guilt, fear and regret. Adoption as a child of God, created in His image. God’s grace and power made perfect in our weakness. Restoration as He makes all things new. The gospel shows us the reality of a God who not only forgives our sins, but rescues us from them and turns the tide in our favor. It offers us life — now and eternally — instead of death.

Gay pride had convinced me that black was white, bad was good, sin was sacred. I thought I was sexually liberated for all those years, but I was actually in bondage. Gay pride demonstrates the great lengths we are willing to go to in order to rationalize sin. Even calling something the opposite of what it is: gay pride.

But in the midst of all of this deception, there is hope: When we put our trust in Christ, He washes the shame away for good. He removes our guilt and clothes our shame. He covers us in robes of righteousness. The Apostle Paul puts it well in his letter to the church in Corinth: “And such were some of you. But you were washed, you were sanctified, you were justified in the name of the Lord Jesus Christ and by the Spirit of our God.” (1 Cor. 6:11) This is good news indeed.

Gay pride was an integral part of my life for 25 years. I’m beyond grateful that Jesus crashed into my life, delivered me from my sin, and transformed my trajectory. Christ showed me that my identity is in Him, not my sexuality, and His Spirit empowers me to live a life worthy of my calling. I no longer have to pretend that I’m a proud gay man. I can rest in the unshakeable joy of knowing that I’m a child of God, chosen and loved by the King. Becket Cook is the author of “A Change of Affection: A Gay Man’s Incredible Story of Redemption” and host of “The Becket Cook Show” on YouTube. He lives in Los Angeles.