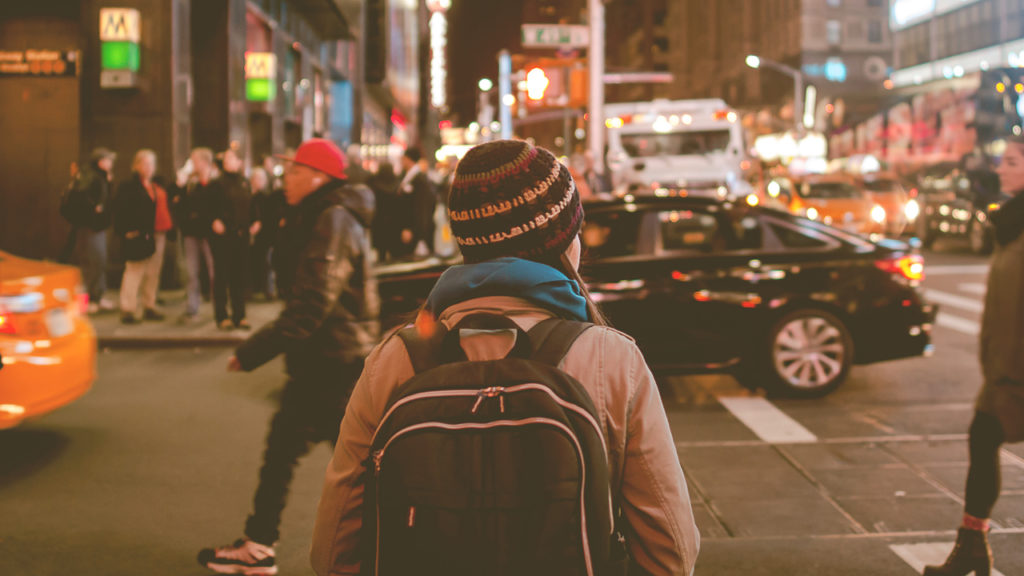 Last August I sat across the table from Genevieve (name and circumstances have been changed to protect identities), a parishioner in my church and an artist whose star was rising in Chicago. She had a burden to share with me over our meal of falafel and rice. “I feel torn between my art and my faith,” she confessed. “The more doors open up for me in the artistic community, the more suspicion I feel for following Jesus.”  She told me that she sensed that her friends and mentors in the art world were jealous for her loyalty, and interpreted her faith as a threat to her art.

“So what’s your greatest hope?” I asked. She responded with a sigh, “I want my faith to positively influence the artistic community. But there’s a gravitational pull away from Christian faithfulness. How do I stay in the game without getting sucked in?”

As a pastor of an urban, Millennial-heavy congregation, I have a version of this conversation almost every week. The people in my church do not want to form a private religious enclave in the city. They want their faith in Jesus to make a cultural impact — in art, politics, business, and academia. But they are under an intense pressure to completely assimilate to the environment they are trying to influence.

So how do Genevieve and the rest of us influence the culture without getting seduced by it?

The urban churches in 1st century Asia Minor faced this same question. A generation after Jesus rose from the dead, each church addressed in Revelation 2-3 faced enormous pressure to compromise their commitment to the Christian faith. In these cities, it was expected of every citizen to affirm the lordship of Caesar and to participate in the drunken sex parties in honor of their local gods. Those who refused were branded as unpatriotic social pariahs and pushed to the margins of influence and trade.

This is why Jesus Christ personally encouraged the churches of Revelation 2-3, teaching the believers to be culturally engaged without getting intimidated by the spirit of the age.

A helpful test case is the church in Thyatira (Revelation 2:18-29). Thyatira was a growing and dynamic congregation, whose vitality expressed itself in public action (“your latter works exceed the first” — 2:19). In Thyatira, cultural seduction began with a person (Jezebel) who introduced a practice (sexual immorality) that caused a spiritual sickness. Jezebel was a self-appointed “prophetess” and unaccountable leader within the Thyatiran church. She taught Christians to participate in the local idol feasts and sex parties (2:20). It would have been hard to resist Jezebel — she was an influential bridge-builder and likely well-connected among the city’s elites.

And let’s be honest. The Jezebel life would have been fun. At the temple feasts, you could have the best meal of your life, as much alcohol as you wanted, no-strings-attached sex, new business contacts, and the ego gratification of being included. Talk about a gravitational pull!

With Jezebel, you were no longer on the cultural margins but right in the center of the action — getting laid, getting paid and ultimately getting hooked. Rather than exercising influence, the people who followed Jezebel became her acolytes. She left them over-indulged and spiritually disfigured, more influenced than influential.

Sicker Than We Know

This might seem dramatic from our perspective, but it seemed very reasonable to them. All assimilation is gradual and difficult to discern in the moment. What might be our temptation as Christians in America? For starters, we might be so eager to undo the sins of the past that we over-compensate. We are embarrassed by our conservative Christian parents’ prudishness, so we relax all personal standards for entertainment. We are chagrined by the church’s reputation as hateful, so in the name of love, we abandon our distinctive orthodoxy. Perhaps we grew up with legalistic “quiet times,” and in the name of freedom, we neglect our prayer life and cease to spend time in God’s Word.

Jesus’ warning to Thyatira rings true today: “I will throw her (Jezebel) on a sickbed, and those who commit adultery with her I will throw into a great tribulation, unless they repent of her works” (2:22). Jesus is warning the local Christians that actions have consequences; sin in any form eventually brings a self-inflicted death. Jezebel and her followers were deathly sick. So are many Christians who have softened the edges of their faith to stay relevant. Many have over-assimilated and some have even abandoned their loyalty to Jesus altogether.

So what’s the alternative for Thyatira and for us?

Revelation 2-3 teaches that sharing in Jesus’ influence means receiving His immune system. That is to say, Jesus’ program of cultural renewal cannot take place without exercising spiritual discernment. Immune systems keep out toxins that would make us sick, making it possible for us to have meaningful contact with the outside world. Without an immune system, we would have to withdraw from the world in an ever-shrinking private space.

What is Jesus’ “immune system,” and how did it free Him to interact with people on the margins and the center of culture? Jesus received his identity, integrity and mission from His Father. This left Him strong enough to interact with the world, the flesh and the Devil without inhaling their toxins. His spiritual immune system could ward off any threats to His calling. When one of his disciples told Him to go around the cross, He said, “get behind me Satan” rather than internalizing it (Mark 8:33). All of this kept Jesus distinct yet connected.

For Christians in Thyatira, a functioning immune system would have kept them spiritually healthy by rejecting Jezebel’s toxic teaching. It would have also led to cultural influence, as Jesus promises in Revelation 2:25-26: “Only hold fast what you have until I come. To the one who keeps my works until the end, to him I will give authority over the nations.”

As we become apprentices under Jesus, he gives us practices that will strengthen our “immune systems” and prepare us for this kind of influence. We become the kind of person who is capable of ministering Jesus’ healing to people all around us, even those with profound brokenness. That’s why it’s so essential that we keep our spiritual discernment strong, so that we can offer hope and healing to others. If we can’t say no to Jezebel’s charms, it’s unlikely we are ready for spiritual leadership and international authority.

We might be tempted to resist the Jezebels in our own lives by mustering up our strength and trying hard to stay healthy. This is an isolating and wearying experience!  On our own, we are highly vulnerable to spiritual sickness. Jesus calls us to stay vital by abiding in our union with him through the Holy Spirit. “I am the Vine, you are the branches … apart from me, you can do nothing” (John 15:5). A friendship with Jesus is the strongest immune system you could ask for. He passes on his Father’s strength and spiritual discernment that helped him resist temptation and stay present to the powers of the age.

In other words, spiritual discernment begins with a person (Jesus), who gives us practices (spiritual disciplines that ground us in the Kingdom of God), that cause us to flourish in society. We become an irresistible light for those who are ultimately disillusioned by the cultural moment. And in the process, we become the kind of people who can handle cultural influence without getting enamored with ourselves or abusing the privileges of power.

Here are a few practical ways for us to share in Jesus’ influence and boost our spiritual immunity:

Consider taking a break, or fasting from, passive entertainment consumption. I am speaking particularly of entertainment options that encourage “binging.” Take several weeks off of Netflix and replace it with the practices of silence and solitude with Jesus. You will find Jesus’ company to be so encouraging that the seductive draw of the world will lose its power over you. (You may even decide to ditch Netflix for good.)

Take an honest inventory of people who occupy your time and imagination. Who fills up your calendar, bookshelf and podcast queue? The people we bond with and admire are the people we become like. Seduction usually begins with an adored person whose judgment we fear and whose affirmation we crave. Who are those adored people in your life? Are they operating out of the immune system of Christ? If not, consider spending less time with them and more time with mentors who can apprentice you in the way of Jesus.

Throw the best parties. Open your home as a “third space” where people in your circles can interact. Curate an environment where people inside and outside the church can create beauty together over great food and drink. This is a way for you to extend your cultural influence in a sacrificial, hospitable way.

Jesus didn’t hide from culture, nor was he seduced by it. For those of us who follow Him, we must receive His spiritual discernment if we are to influence our culture in His way and in His time. Joining in on what the “Jezebels” around us are doing seems like a great shortcut, but it leads to a dead end. True influence will be more like the Cross — personally exposing and costly. But as Jesus showed us on Easter morning, it can change the world forever. Aaron Damiani is the Lead Pastor of Immanuel Anglican Church in Chicago’s Uptown neighborhood. You can find Aaron on Twitter @aarondamiani. PreviousThe Hindrance of a Hint
NextConfessions of a Legalist