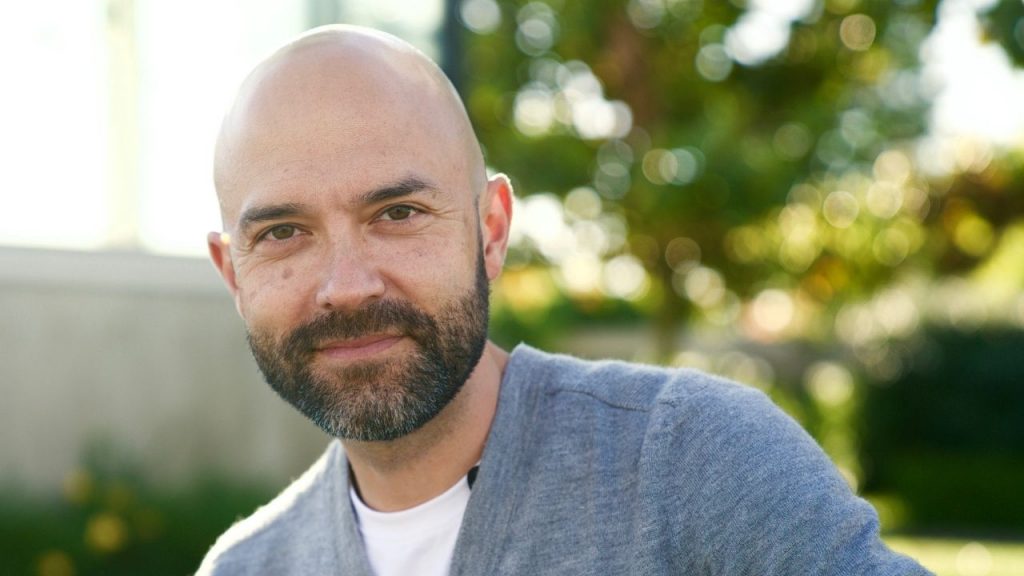 Many who learned from and looked up to Josh spiritually are asking: Is this real? Is it even possible? And if so, what are we to make of this massive shift?

Boundless readers know the name Josh Harris. His books “I Kissed Dating Goodbye” and “Boy Meets Girl” launched unending debates about how Christian singles should navigate romance. Some readers were appreciative of Josh’s books. Others found his work to be unhelpful, restrictive and even legalistic.

I once asked Josh to write a chapter in a book on different dating philosophies. Having already published two best sellers on this topic, he declined.  Understandably, he had moved on. But now he’s moved on again, away from the convictions that informed his first two books — and even his later books, books like “Dug Down Deep,” which encouraged Christians to be rooted and firm in the inerrant teachings of the Bible.

This more monumental and distressing departure has left Christians reeling. Not surprisingly, many who learned from and looked up to Josh spiritually, whether personally or through his teachings, are asking: Is this real? Is it even possible? And if so, what are we to make of this massive shift?

It’s hard to process a Christian abandoning the faith. You’ve probably seen it happen to someone you know. The Bible warns us that there will be professing Christians who fall away. 1 John 2:19 puts it this way: “They went out from us, but they were not of us; for if they had been of us, they would have continued with us. But they went out, that it might become plain that they all are not of us.”

Although this grieves us, it doesn’t have to ruin us. Of course, it’s even crazier when the person who falls away was once a pastor — maybe even the pastor who led us to faith in Jesus. But remember — we’re not saved by pastors, denominations or specific churches. We’re saved by Jesus. The Word of God is still true, the reality of Christ’s resurrection still holds — even if the person who brought us this message no longer believes it. It’s God who saves us, through Jesus — not the person who told us about Jesus. And it’s God who knows the true condition of and destination for our souls: “I give them eternal life, and they will never perish, and no one will snatch them out of my hand. My Father, who has given them to me, is greater than all, and no one is able to snatch them out of the Father’s hand” (John 10:28-29).

But can’t Christians go through a crisis of faith — a dark night of the soul? Yes. Christians can go backwards in their journey from salvation to glory. That’s called backsliding. We begin the Christian life by faith: trusting that Jesus lived a perfect life, died to pay the penalty we deserved, and then gave us the perfect record we could never earn. From that moment on, God is working in us to move us forward in becoming more like Jesus, more like who God intends us to be. This is also by faith. It’s a process He accomplishes, but one that requires our participation (Philippians 2:12-13, 2 Peter 1:4).

Which is why it’s possible for us to go in reverse. We have the Holy Spirit and we’re born again from the moment we believe, but we still have to be killing sin every day. The old habits have a way of rearing their ugly heads. We must put off certain behaviors and thought patterns, and put on others (e.g., Ephesians 4:17-32). If we don’t, we’ll go backwards.

Apostasy is different. It’s when someone completely renounces the faith. This person said they were a Christian, and maybe outwardly seemed to be a Christian, but then somewhere along the road they checked out altogether.

Here’s the problem: At the beginning, it can be hard to tell the difference between backsliding and apostasy.

When I was a kid, there was a commercial for a set of toy people called Weebles. The ad said, “Weebles wobble but they don’t fall down.” The toys were weighted so they’d wobble back and forth, but the little people never fell over onto their sides.

Like Weebles, Christians don’t permanently fall. The Bible says that the righteous falls seven times, but rises again (Prov. 24:16). The LORD disciplines His children (Hebrews 12:6). God’s discipline can be painful, but it’s effective. It brings us back. We are broken over our sin. We repent of it. If we’re attached to the Vine, we’re pruned (John 15:2). But we come out on the other side, like Job, pure as gold (Job 23:10).

Those who reject Christ and never repent, by contrast, are categorized by Scripture as unbelievers (1 John 2:19). The Bible says they are dead in their trespasses and sins (Eph. 2:1). They have hearts of stone, not flesh (Ezek. 36:26).

Has Josh backslid or apostatized? The truth is, none of us knows with absolute certainty. It’s relevant — and deeply saddening — that he makes no claim to be a Christian. He says he does not wish to pursue God as a Christian. His divorce announcement, you may have noticed, made no mention of God, Jesus or church. He is behaving as if he never was a Christian. But God knows, and time will tell. For now, we should take him at his word and pray for his salvation.

Josh also walked away from his marriage. Did one prompt the other? I don’t know, but I don’t think people abandon Christianity for purely intellectual reasons. There’s always a moral aspect that lies beneath. In announcing his “deconstruction” Josh gave absolutely no intellectual basis for his decision. As Thomas Cranmer wrote, “What the heart loves, the will chooses, and the mind justifies.” We have desires. We choose something that we desire, then we come up with reasons to justify our decision.

Hurt, disappointment, heartbreak, a sense of betrayal — these too can create a pretext for abandoning the faith. I can’t infallibly read into Josh’s soul, but I see a lot of sadness in his life. The marital problems may be the straw that broke the camel’s back, but the problems he had within his church, particularly from July 2011 – January 2015, were crazy intense. In this time-frame Josh separated from his mentor, his denomination, and finally his church — to go to seminary, yes, but also to get away, it seems.

From her Instagram feed it looks like Josh’s wife, Shannon, may also be experiencing a “deconversion.” Josh in his divorce announcement alluded to “significant changes that have taken place” in both of them.

Culturally speaking, Josh is no longer merely apologizing for his role in high schoolers not being allowed to date. He’s apologizing for his views of women in the church, parenting, the LGBTQ+ community and more. He’s pledged to be a less exclusive, more inclusive person. “No person has the market cornered on grace,” he writes.

For Josh, it seems, it’s not about what you believe, it’s about how you treat people. You hear this from others who say things like “mine is a religion of love.” Everything is stated in therapeutic terms, with words like “journey” and “our unique story” thrown in sporadically. Or “your truth” and “my truth” — as if truth is something each of us creates for himself. Treating everyone with grace, kindness, dignity and respect is biblical — God got the ball rolling by making us all in His image — but He’s also the author of absolute truth, a truth He alone defines.

Josh’s announcement puts expressive individualism on center stage and elevates “deconversion” to some kind of performance art. And it’s not just Josh. There are Christian teachers in our day who are more interested in quoting the latest poet or pop singer than in quoting Jesus or Paul. Expressive individualism is embedded in LGBTQ-affirming theology. It’s about defining ourselves by our desires rather than by what our Maker says is true of us and how we were made to flourish. In transgenderism, we literally allow our beliefs about ourselves to trump biological facts about ourselves — as if maleness and femaleness were more about a state of mind than a function of chromosomes and genitalia.

We’re living in a time when people feel the freedom to invent and define reality for themselves. Exclusive truth claims are not cool. They’re offensive. It seems arrogant and intolerant to modern ears to say things like, “We’re all sinners. We all deserve God’s judgment. Jesus had to die for us. There is no other way to God than Jesus.”

The gospel is not a neat idea that Paul came up with in the shower. It’s a truth he received, a truth rooted in actual historical events determined by a God not limited by time or space. The validity of Christianity is not based on my “unique story.” Thank God it isn’t! It stands totally outside our stories. It informs our stories, gives meaning to our stories, and sustains us in the midst of the most difficult chapters in our stories.

Will we stay faithful?

Maybe you’re reading this and wondering: How do I know I won’t fall away? If it could happen to Josh, couldn’t it happen to me?

The Savior is at work in His people, enlisting them in the fight against sin and restoring the image of God in them. The growth in holiness that I’m describing is never the basis of our salvation — it’s the evidence of our salvation. And in that journey we have the assurance that, ”He who began a good work in [us] will bring it to completion at the day of Jesus Christ” (Phil. 1:6). PreviousA New Way to Work
NextSurviving a Crisis of Faith