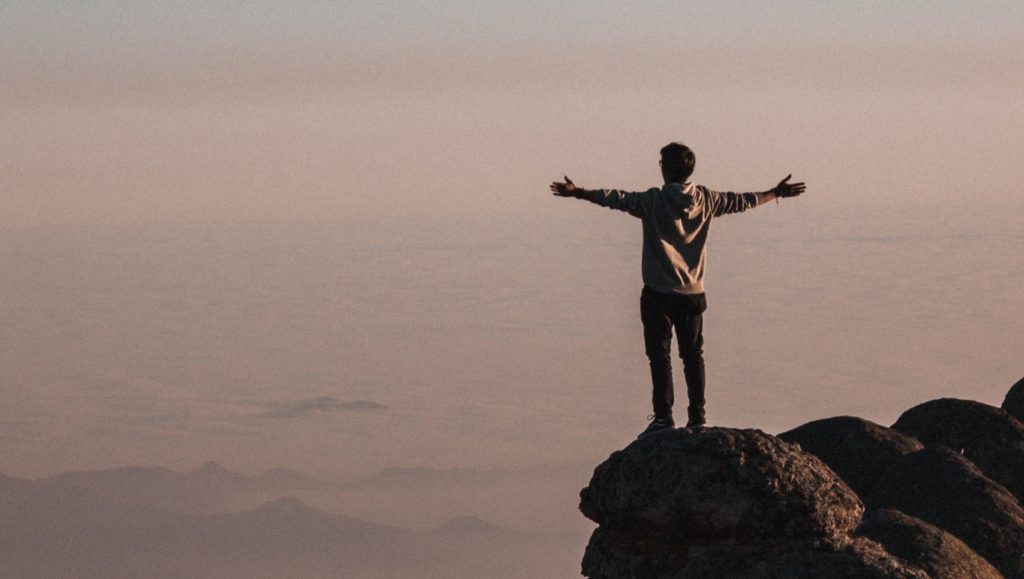 I received the best and the worst gift of my life for my 13th birthday. A first generation iPod touch — a limitless universe of possibilities. I now had access to the internet whenever and wherever I could connect to Wi-Fi.

I had freedom … or so I thought.

The iPod touch brought lust: rampant, untamed and hidden. Lust led me down a slippery slope of Google searches for pictures and YouTube videos of naked women. All within the walls of a Christian home with Wi-Fi restrictions.

Lust taught me to live two lives – thriving on the outside and dying silently on the inside. I learned how to please my parents and avoid being caught.

Never once did lust deliver on its promise of fulfillment. Instead I was enslaved in chains of guilt, shame and regret, so heavy I lost the strength to stand.

Yet God was relentlessly pursuing me — a porn-addicted son, ridden with guilt, trapped in bondage and isolated in fear.

My sophomore year of high school, my mother, suspicious, gave me the book “Tribe: A Warrior’s Battles – A Purity Game Plan for Guys” by Michael Ross. Night after night, I stayed up late reading through it, hoping to find freedom.

I came upon the chapter titled, “Reveal Your Secret Struggles.” That’s the last thing I can do.

Hope opened it back up and wrote in the prayer section: God, please give me the courage to tell my father that I watch pornography.

For two weeks I prayed that prayer. Every night, I took two steps up the stairs in hopes of telling my father, only to break down crying because I couldn’t wreck the image of the perfect Christian son my parents had raised.

He walked toward me and grabbed the book. Heart racing, I felt fear and hope. He opened the book and read aloud, “God, please give me the courage to tell my father that I watch pornography.”

Tears poured down my face as I looked into his disappointed eyes. For the first time, he saw my heart — broken, sinful, guilty and ashamed.

He asked, “You watch people having sex?”

“You know this is sin, and God hates sin.”

God moved, breaking the chains that separated my parents and me that day. He gave me an opportunity to be open and honest about my struggle, and I was initially, but I didn’t share my whole heart.

I had been found out, but I still wasn’t free. Because a pornography addiction doesn’t just heal overnight. Years of images and pervasive thoughts aren’t simply erased.

I committed to being accountable to my father. We had meaningful conversations addressing sexuality from a biblical viewpoint. We studied Fred Stoeker’s “Every Young Man’s Battle.”

Weekly, he would ask how I was doing. But would I tell him the truth?

After a year of little change, the whispers of lust enticed me to return to those websites. I knew the truth, but once again I chose to believe the lie that lust would fulfill me. So I finished high school, silently battling lust and pornography weekly. Could freedom be real?

I struggled to believe those numbers.

Yet God was relentlessly pursuing me — a porn-addicted son, ridden with guilt, trapped in bondage, no longer isolated in fear, but surrounded with support.

So I called my father. “Dad, I want to be free of pornography.”

“You said that last time.”

“So what’s going to change this time?”

“God has put it in my heart to pursue Him rather than pornography.”

“We’ll see what you do when you get home.” Then he hung up the phone.

My father had lost all trust in me and rightfully so.

Before I left Summit, a staff member said, “The shell of the former you is waiting for you to crawl back into it when you get home, but you don’t have to.” I wanted nothing to do with my former shell. I prayed that God would set me free and give me chances to speak out for Him.

I flew home, then drove straight to a baseball tournament. Before the game, in front of my teammates, my coach said, “What did that Christian camp teach you, Begeman? Did they teach you to kill all the homosexuals?”

My teammates stared in anticipation.

“I think homosexuality is a sin issue. I struggle with pornography. Should I be killed?”

Did I just say I struggle with pornography in front of my entire baseball team? After the game, some teammates confided in me about their personal struggles with pornography. I wasn’t alone.

After the tournament, I finally arrived home. I set my phone on the table and walked away. When I turned around, I saw my mother perusing through my phone. Afraid but hopeful, I asked what she was doing. She was installing accountability software. Thank God for my mother. That night, I told my mother every detail I had kept hidden, hoping my story would serve to protect my younger brothers.

That summer I called as many guys in my contacts as I could, sharing my struggles with pornography and my freedom in Christ. His power is made perfect in weakness (2 Corinthians 12:9). Getting to talk about real problems and the hope Jesus offers was life giving. God was taking my mess and turning it into my message.

After coming back from Summit, my brothers said, “You’re different. You changed.” I was a new creation (1 Corinthians 5:17). John Begeman is a small-town kid who interned with Boundless the summer of 2018. He’s attending South Dakota State University, majoring in communications and minoring in broadcast journalism. He stays busy at college, working with admissions, the college newspaper and an elementary school. He’s also involved in campus ministry, leading Bible studies and helping organize events to reach the lost on campus with the gospel.